Candor, the pivot point between success and failure 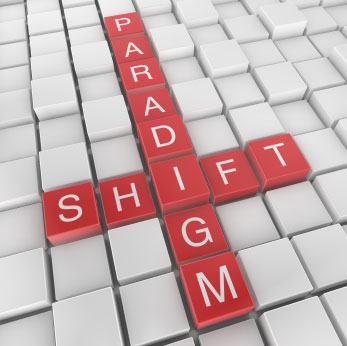 Mergers and acquisitions can seem too daunting when we view the merging entities as separate cultures, with separate norms, separate ways of doing things. Usually the small company is eaten by the larger and loses its persona. People leave the company in droves and, with that loss, goes much of the wisdom and human energy for creating the new entity.

What is left is often a demoralized culture, a group of individuals who are riddled with fear over how the new parents will treat them-friend or foe-and who feel abandoned by those who left for “greener pastures.” The new entity needs to be shaped and crafted, and a leader with wisdom for creating ‘power-with others’ can make the difference between success and failure in a merger and acquisition.

When Bayer, a $40 billion multinational pharmaceutical company, acquired a smaller $300 million diagnostic company, Rolf Classon, then Bayer President and CEO, chose to call it a “merger.”

He wanted to immediately establish a “power-with others” relationship with the new organization. I was part of a consulting team who facilitated a multi-day vision, values, and leadership session to help the leadership team create the new direction for the culture and the business.

“We are becoming one company,” Rolf told the top hundred people from both companies at their kickoff meeting. He went on to convey that he wanted to set new ground rules for working collaboratively in a new environment in which “together we can create something that never existed before.”

The executives discussed changes that needed to be made in the organization to maximize the new partnership. Then they broke into smaller teams to craft the new vision and values, with the intent of reporting their insights to the larger executive team. 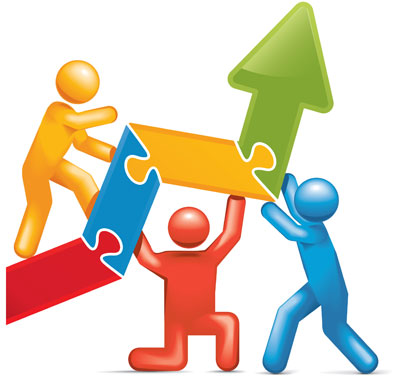 When the executives reconvened, a spirit of trust and collaboration had clearly emerged. They had worked together to create a vision of shared success and in doing so released a new sense of hope for the future.

Rolf once again stood before the group and asked, “How many of you have been through a visioning session before?” Everyone raised his or her hand.

“How many of you have left those sessions and returned to the workplace, only to find that nothing had changed?” Mostly everyone raised his or hand. He then declared, “For us to be successful as an organization, we need to realize that we can’t create the organization we want without making fundamental changes in ourselves.”

As the event unfolded, something magical occurred. Rolf, by his example, taught the executives the true meaning of leadership. “Change begins inside each person. So I want to let you know that over the past few days I have been looking at what I’ve been doing to unknowingly prevent change from taking place.”

“I’ve discovered at least sixteen things I want to change about myself! Here are my top three: my arrogance, my control, and my lack of trust.”

“At lunch I want you each to think about what change means to you, and what you can do personally to inspire your own growth. After lunch I want to hear from my top executives – from the podium – expressing their personal insights.”

The CEO allowed himself to be as transparent and vulnerable as he had ever been in his life when he acknowledged the personal work he needed to do to make this merger a success. As he left behind his flaws so did the other executives, which made room for cooperation and partnership to grow.

Rolf continued his talk about the future. He engaged others in conversations about the “big challenges” and the “big picture.” The key was creating a shared context for change. By setting the stage in this way, he enabled others to find a common ground on which to build the future. The Bayer merger became the most successful in the company’s history.

Through our research and client projects over the past decade, we have identified that the level of candor in an organization is the marker that best predicts high performing teams and the single most important success factor in transformation and change. Organizations that exhibit high levels of candor produce the highest and most successful performing teams.

By setting the context for candor and transparency, you level the playing field among co-workers. You set the tone for people to be candid with each other. Power and hierarchy become less important than the results colleagues can create together through trust, honesty and teamwork.

The norms for what good leadership looks like are rapidly changing, favoring those leaders who have mastery over their emotions and can uplift themselves and others through candor and caring instead of falling back into I-centric thinking and fear-based behaviors. Their goal is to create the space for difficult and challenging conversations to take place.

Recognize when you or your employees are moving into defensive behaviors.

Learn to recognize when you are coming from in an unhealthy way. For instance, are you withdrawing and excluding others? Are you defensive and reactive, setting the context for “territorialism” to emerge? Shift your mindset from I to WE, and set a new context for communication, connectivity, and collaboration, for joining with others for mutual gain.

PRACTICE: Rather than excluding people during times of change shift into more inclusive behavior.

Understanding how you can positively influence the direction that conversations take place through Leadershift transforms problems into opportunities for growth, enables everyone to learn in the moment, and nourishes WE-centric thinking.

Judith E. Glaser is the CEO of Benchmark Communications, Inc., and the Chairman of The Creating WE Institute. She is one of the most innovative and pioneering change agents, consultants and executive coaches in the consulting industry – and refers to herself as an Organizational Anthropologist.