Workplace Resilience After a Tragedy – What to do

Right out of college I had a job at a small telecommunications company. One of the employees just didn’t seem right. He was quick 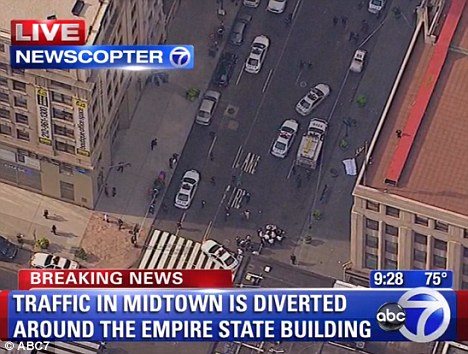 to anger, slammed his fists against his desk, pushed his co-workers when he was frustrated and had trouble making eye contact with anyone. His behavior got more and more erratic after getting corrective feedback from his boss, the head of IT. After exploding in a rage at Mike (his boss) the rest of us in the office were asked to go to another floor as “Brad” was escorted out in handcuffs. For a month we lived in fear of retribution, as Brad called the office making threats.  We were lucky – nothing every came of it.

The people who experienced the shooting at the Empire State Building by a laid-off worker were not so lucky. This was not just terrible for the people directly affected by the loss of a loved one. It has created a ripple effect of fear.

As an expert in workplace resilience, I’ve been asked to assist companies in the wake of everything from layoffs to the death of a beloved CEO to recovering from terrorist attacks.

How do we bounce-back from horror, fear, or grief at work? How do we lead people who have been traumatized, particularly when we are as well?

Step One  – Honor Grief and Loss

Everyone grieves differently, and they need time and space to do so. As a leader, you may wish to say a few words to your team or workgroup about what community means in times of sadness, and that it’s time for us to come together and have a moment of quiet, offer each other support, and talk about what’s happened if you want to.

Engage your EAP program, get a grief counselor or other resource in to assist anyone who needs help.

Step Three – Don’t pretend it didn’t happen and go about “business as usual”.

Make sure that in the following weeks ahead that you check in with your people, ask how they are, and continue to focus on community building so that employees do not get disconnected or alienated from the team.

Please pass it on.